Engineers and artists are working together to create an artificial reef of newly-developed concrete. It will create more marine life and inspire the construction industry to think innovatively.

When cycling across the Bryggebroen bridge at Fisketorvet, you see three concrete sculptures emerging from the water surface in the Inner Harbour of Copenhagen. But it is actually only when you get under water that the work of art really begins to come to life. Here you can see that the sculptures are filled with cracks that will eventually become a habitat for seaweed and fish.

The project is called ‘Super Rev’ (Super Reefs) and aims to re-establish 55 square kilometres of reefs off the Danish coast. Behind the work is the international group of artists Superflex, which—in an unconventional collaboration with, among other partners, DTU—is examining whether it is possible to create a stone reef from newly-developed concrete. The expectation is that the construction industry can use the experience for future coastal protection projects, bridges, tunnels, and offshore wind farms, which—in practice—function as stone reefs for seaweed and animals. The objective is to help increase marine biodiversity.

“Marine ecosystems have been put under pressure due to climate change, overfishing, reef degradation, and far too many nutrients from agriculture and buildings. Therefore, it is necessary to conduct research into innovative materials that can promote marine biodiversity. In the long term, we hope that the large-scale infrastructure projects of the future will not only be designed to produce green energy and develop sustainable climate protections—but that they will also contribute to strengthening marine life,” says Wolfgang Kunther, who is a materials scientist at DTU Sustain.

The re-establishment of Danish stone reefs is necessary because 8.3 million cubic metres of stones have been removed to expand Danish ports and produce concrete over the past 100 years. According to a study from DTU Aqua, this corresponds to the removal of 55 square kilometres of habitats for animals and plants—an area slightly smaller than the island of Fanø. The disappearance of the stones results in a lack of hiding places for marine animals and places where seaweed and mussels can attach themselves. And if the seaweed disappears, there will also not be a rich life of small animals and fish.

To focus on the lost stone reefs, Superflex has set out to build a kind of underwater dwelling for fish. The project functions as a home for marine animals, as a scientific experiment, and as a work of art. Crown Prince Frederik of Denmark inaugurated the work in 2021. In the same year, the artists received the Crown Prince Couple’s Cultural Award for using art to put important issues such as sustainability, the lives of other species, and climate challenges on the debate agenda in both Denmark and internationally.

“The work is not just a restoration project—we’re also interested in developing new ways of building in the future with focus on the needs of other species. It’s a huge task which we can’t perform alone—but we can achieve great things through partnerships and collaborations,” says Malene Natascha Ratcliffe, CEO of Superflex.

The collaboration between Superflex and DTU began when the group of artists contacted Wolfgang Kunther to hear about his ideas for using concrete in artificial stone reefs. This led to an enquiry from Udviklingsselskabet By & Havn (the Copenhagen City and Port Development Corporation), which asked whether DTU would cast, analyse, and test concrete elements for the work of art.

In Wolfgang Kunther’s day-to-day work, he conducts research into how cement and water act as a binding agent in concrete and react to the surroundings and live organisms. Therefore, he knows that there are many advantages to using concrete in the sea. One of the advantages is that concrete is an easy material to work with. You can change the composition of cement, change the texture and size, and create smooth and raw concrete surfaces that may provide ideal living conditions for fish and seaweed.

Another advantage is that concrete actually not only releases CO2 in the manufacturing process and during heating—it also absorbs CO2. Some call it a sponge effect because the concrete soaks up CO2 just like a sponge. The effect is due to a slow process that occurs when the cement solidifies and reacts with the CO2 present in the atmosphere and in the sea. This creates the same kind of limescale known from, for example, bathroom limescale deposits.

The coating also has the advantage that it creates a natural breeding ground for marine animals because it has some resemblance to coral reefs and seashells. Not to mention the useful life.

“In the vast majority of concrete structures used for maritime infrastructure projects, concrete is used together with steel reinforcement. But when reinforced concrete is affected by seawater, the reinforcing steel begins to rust—the only question is when this happens. With the type of concrete structure we’re testing, we don’t expect that it’s necessary to use steel. This means that the useful life will be longer than for conventional concrete structures in seawater. This has a great environmental benefit,” says Wolfgang Kunther.

He has now received the first concrete samples from the work of art. Together with his research group, he is examining how seawater affects the reef installation and whether other mineral transformations than lime occur. The group is also examining whether it is less expensive and more durable to use concrete reefs rather than imported natural stones, which are conventionally used.

The researchers are testing three different concrete variants that they have cast in DTU’s concrete foundry. One concrete has had a pigment added that colours the artificial reef pink, which—according to Superflex—is the favourite colour of several organisms. Another concrete consists of cement with added recycled raw materials from brick productions. This gives a brown concrete. In the third concrete, the researchers partially replace cement with Danish clay baked at high heat, creating an orange colour in this case. The project partners are also investigating whether concrete from other projects can be reused.

Marine researchers from DTU Aqua are concurrently working to establish how well stone reefs and artificial concrete reefs work in relation to fish—whether there will be a large increase in fish and which fish species will appear at the new type of concrete reef. They find answers to these questions by using underwater cameras that provide a unique insight into life at the seabed, before and after artificial stone reefs are established. This enables the researchers to compare the measurements and document the positive effects of the artificial stone reefs.

“Ports were previously often associated with polluting industries, but now the water is so clean that you can swim in many ports. It’s a fantastic development for a lot of swimmers as well as for marine life. It means that the fish can return to our ports, but they can often be helped in this return in different ways," says Senior Researcher Jon C. Svendsen.

He has recently been in Puerto de Vigo in Spain to make underwater recordings before specially designed port walls are erected to provide loads of hiding places for fish. The project is called Living Port and also involves DTU’s concrete experts who monitor different types of concrete elements and structures. This is done together with ECOncrete—a construction company that develops new concrete and concrete elements. The pilot project has been funded by EU’s Horizon 2020 and has most recently won the ‘Infrastructures’ category at the World Sustainability Awards.

A similar project is being conducted in Køge, where DTU is helping to create a rich fish life on the seabed of Køge Bay through concrete reefs. The project is supported by VELUX FONDEN with DKK 9.6 million. The project is headed by the local stone reef preservation association Køge Bugt Stenrev and is performed in collaboration with local stakeholders as well as a large number of innovative municipalities around Køge Bay.

DTU will share the experiences from the projects at a number of webinars, which will be held together with the Danish Society of Engineers, IDA and the Danish Concrete Association. It will inspire construction clients, urban developers, consultants, and contractors with how to incorporate underwater biodiversity in future construction projects, says Wolfgang Kunther:

“This is a whole new way of looking at concrete structures. Both in terms of biodiversity and concrete development. We do not cast standard materials. Therefore, we must ensure that the materials last. We need to know what happens if we replace part of our familiar concrete with something new. Especially if we’re talking about large infrastructure projects that should last for 100 years without major repair interventions. In this way, you could say that we’re pioneers.”

The work of art in Copenhagen’s inner harbour can be seen until summer 2023.

What is the difference between cement and concrete?

Cement is a powder consisting of lime and clay, burned at high temperature and crushed into powder. It must be mixed with water, after which it begins to harden. It can be used as it is or be mixed with sand and gravel for mortar or concrete. 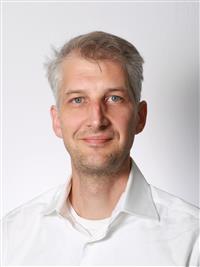 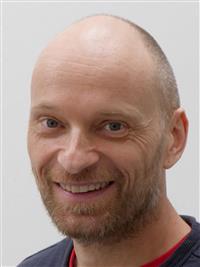