Companies worldwide are in the process of ensuring a more water-efficient production. This will both strengthen competitiveness and meet the UN Sustainable Development Goal of ensuring clean drinking water.

Carlsberg recently won a Global Water Award for the world’s best water project in the industry category. The award is one of the highest recognitions that you can receive in the global water sector, and it was given for a new water-efficient brewery in Fredericia.

Here, Carlsberg has found an innovative way to recycle 90 per cent of the production process water. This means that the brewery reduces its water consumption for beers and soft drinks from 2.7 to 1.4 litres per litre produced. In addition, the recycling plant reduces the brewery’s energy consumption by 10 per cent through own biogas production and recirculation of hot water. The treated water is used to clean process equipment, pipes, and packaging at the brewery and is not included in the production of beers and soft drinks.

The goal is for the plant in Fredericia to be a learning platform for all Carlsberg’s breweries worldwide and a best practice case for how to recover water in the industrial sector, says Tenna Skov Thorsted, Sustainability Manager in Carlsberg:

“Water isn’t just a fundamental ingredient in Carlsberg’s beers and soft drinks throughout the world. Clean water is also a necessity in the many production processes. Water is a limited resource globally and in the societies in which Carlsberg operates. Therefore, Carlsberg has an overall goal of eliminating water waste by 2030 as part of our sustainability programme: ‘Together Towards Zero’.”

Water is an essential parameter

The project has been launched through the public-private partnership ‘Danish Partnership for Resource and Water Efficient Industrial Food Production’—also called DRIP—which is supported by Innovation Fund Denmark. The partnership consists of a number of food and technology companies, universities, and other partners that have a long tradition of collaboration with others.

The goal is to develop new sustainable water and production technology solutions that can contribute to reducing water consumption in food production by 15-30 per cent. This will be done by using significantly less groundwater in food production and instead using treated recycled water to an increasing extent—without compromising food safety or quality.

The food industry is today among the most water-consuming industries. At the same time, water has become an expensive raw material—in terms of both purchase price and wastewater disposal costs. Therefore, both the Danish and global food industries are interested in cutting their water consumption and reusing their process water and wastewater to meet the UN Sustainable Development Goal. This applies—in particular—to the targets of ensuring responsible consumption and production as well as access to clean drinking water for all.

Søren Nøhr Bak knows all about this. He is Expertise Director – Water in Food and Beverage in NIRAS, which has helped Carlsberg develop a business plan for the water treatment plant in Fredericia. Over the past few years, he has seen a huge shift in the food and beverage industry toward greater sustainability. Here, water has become an important parameter when it comes to food products, packaging, and production methods.

We catch Søren Nøhr Bak over a video call, after he has just landed in Dallas on his way to Mexico. He has just been in the United States to hold a workshop on sustainable water consumption for the world’s largest brewery—Belgian AB InBev.

“Water plays a major role when players in the food and beverage industry are to plan their business strategies. Water has gone from being a secondary and inexpensive raw material that is simply there to being a critical component for a large number of industries. It’s important to ensure the availability of water—to be able to both produce products and have a sound operating economy. But also to show customers that the companies take water consumption seriously and to meet their sustainability goals,” says Søren Nøhr Bak.

He sees Carlsberg as a frontrunner that has positioned itself as the world’s most water-efficient brewery. This has inspired colleagues in the brewery industry, who are all in the process of reducing their water consumption. Now the trend is spreading to other industries. The dairy group Arla has also taken similar initiatives. The group has, among other measures, established a new water recycling plant in Nr. Vium in Jutland. In addition, NIRAS is in a dialogue with the ingredients and pharmaceutical industries, which are also considering reducing their water consumption using water-efficient technologies.

“The most interesting thing is that companies are starting to look at their core processes based on an ambition to be more water efficient. It has become valid to say that you can significantly reduce your water consumption if you produce in a different way than today. This is a completely new way of thinking. Therefore, companies have begun to rethink their core processes and see how they are related to their water and energy consumption. This means that companies are adopting a much more holistic approach to their business,” says Søren Nøhr Bak.

Instead of throwing out the water, more companies are starting to look at how they can use the water more circularly. There is focus on the four R’s: Reduce, Reuse, Rethink, and Recycle. It is therefore about reducing, reusing, rethinking, and recycling water.

In addition, companies are examining what the availability of water and water resources looks like in the countries in which they produce their products. For example, we see that global companies are sharing their knowledge with local companies. Others invite school classes to visit them for a presentation of their water-saving initiatives. This may also have the effect that the local community will itself begin to cut its water consumption.

Finally, companies are looking at how to manage risks in the event of water shortages in the areas in which their production is located. Being able to document that its products are produced with low water consumption offers a company the best chance of continuing its production during a prolonged drought. Those which do not have their water consumption under control are probably the first to remain without access to water.

Today, water shortages are a major problem in many places. This is evident in Italy—among other countries—where record droughts and extreme heat are threatening water supply and food production. Especially Northern Italy has been hit by a drought, the like of which has not been seen for seven decades. The consequence is that water consumption is very likely to be restricted. This could, for example, have consequences for the agricultural sector—which could lose income of more than two billion euros due to a failed harvest—assesses the agricultural organization Coldiretti, according to Dagbladet Infomation.

In Cape Town, South Africa, unexpected long periods of drought have led to restrictions of 50 litres of water or less per capita per day, and, in California, there are several places where—like in, for example, Namibia—there are projects under which wastewater is being treated and turned into drinking water as a result of water shortages.

But—in fact—Denmark’s own drinking water supplies may also be challenged. Many smaller islands such as Samsø are suffering from water shortages because they only have limited groundwater resources. Areas around Hillerød, Kalundborg, and Fredericia may also face difficulties with drinking water restrictions due to the presence of large water-intensive companies.

Together, they have helped assess, validate, and demonstrate that recycled water can be reused to clean process equipment and packaging materials at Carlsberg in a secure manner. The task has been performed in a close dialogue with the Danish Veterinary and Food Administration and the Danish Environmental Protection Agency and has involved a number of aspects, including risk assessments, mapping of health risks, quality conditions, and water quality measurements.

Reusing water is a great challenge

“Reusing water is a great challenge in the Danish food industry, because you need to document that it can be done without compromising food safety and quality. As a starting point, according to the legislation, food companies must use drinking water made of groundwater when producing food products—also for cleaning in connection with production. But you can use other types of water if it does not compromise food safety,” says Lisbeth Truelstrup Hansen.

During the project, the experts discussed a number of issues, including whether tap water was the only and best drinking water quality, what water quality is actually needed, and whether it is possible to design a water quality that is suitable for drinking water, while also being acceptable to consumers, authorities, and producers, says Hans-Jørgen Albrechtsen:

“What surprised me the most was that we shifted the understanding of what is normally done. The discussions meant that some of the companies acquired a different view on water. They realized that you might be able to upgrade dirtier water to a different water quality and be more water efficient. And—in fact—we managed to achieve a water quality that is at least as good and safe as normal tap water.”

The first step is to treat process wastewater and remove biological and organic substances using bacteria. You then remove the remaining parts of the organic substances, bacteria, nitrogen, and phosphorus by means of an impervious membrane through which the bacteria cannot penetrate. You subsequently remove the remaining salts in the water using a reverse osmosis system in which only the water penetrates the tight filter. The very last residues of organic matter are removed using a newly developed vacuum UV technology, which also contributes to disinfection of the water. 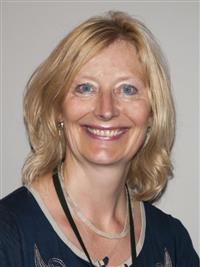 Biotechnology and biochemistry Production and management